What Gueuze Around, Comes Around: How the Humble Cantillon Became One of the World’s Most Sought After Breweries | Blackhearts & Sparrows
​

What Gueuze Around, Comes Around: How the Humble Cantillon Became One of the World’s Most Sought After Breweries 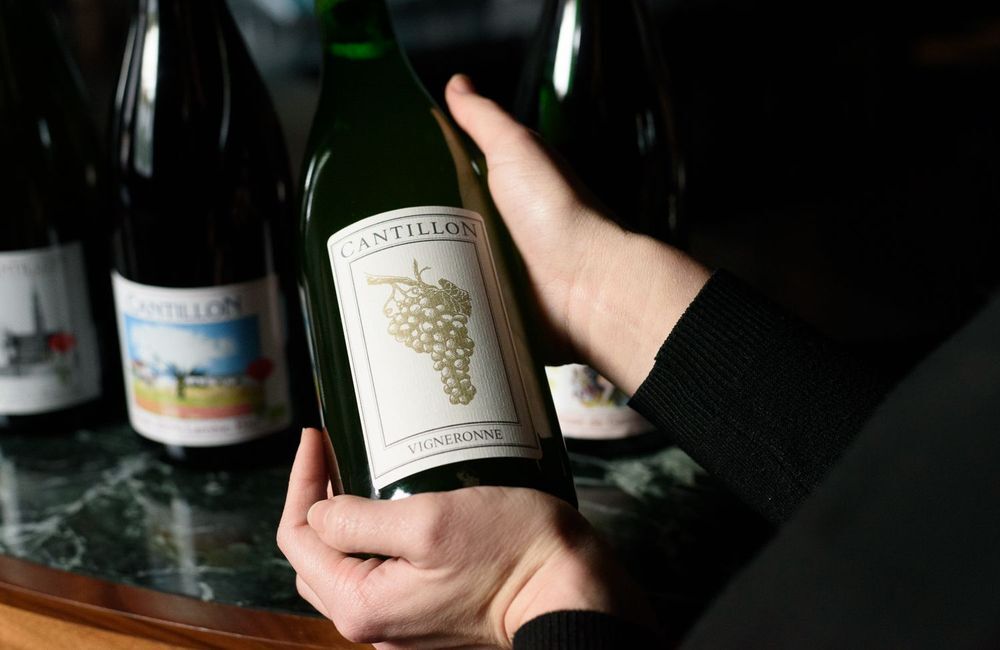 What Gueuze Around, Comes Around: How the Humble Cantillon Became One of the World’s Most Sought After Breweries

We’ll let you in on a little secret. Despite the ever-expanding range of products we sell on our online store, the most searched word is always ‘Cantillon’.

Brasserie Cantillon's rare beers are seldom seen for sale here in Australia. When they do occasionally surface online, they’re gone before you can type the words ‘spontaneous fermentation’.

But why is Cantillon so popular? And why are they so hard to find? We do a deep dive on this inimitable brewery to help demystify why their beers are some of the most sought-after brews in the world.

Cantillon is Far From Being the First Lambic Brewery, But it’s One of the Best

Founded in 1900 in Brussels, Belgium by Paul Cantillon and his wife, Marie Troch. It remains a family-owned business, with fourth-generation owner Jean Van Roy currently at the helm as brewmaster. Van Roy’s mother, Claude, saved the family business from abandonment in the years after the Second World War, when her father attempted to walk away from the business due to a decline in sales.

Whilst 1900 is a long time ago by the standards of the contemporary brewing industry, it’s actually not that long ago for a Lambic brewery - the oldest continuing brewery being Brouwerij Timmermans, which was established nearly 200 years earlier. Cantillon also didn’t brew their own wort until 1938, before which it purchased wort from other breweries to age and blend themselves (a common practice among Lambic producers).

For many Cantillon enthusiasts, the brewery represents a connection to place and provenance that is often not a feature of contemporary breweries who use lab-grown yeast strains and ingredients sourced from the other side of the world. There are indeed many parallels that can be drawn between the rise in popularity of spontaneous fermentation ales and the rise of the natural wine movement - most notably, they both represent a pushback against the commercialisation and subsequent homogenisation of the alcohol industry. These romantic narratives are intertwined with tradition.

But if Cantillon isn’t the only Lambic brewery championing provenance, and certainly isn’t the oldest brewery, then what makes Cantillon so special?

Scarcity Certainly Plays a Role, but the Hype is Warranted

There’s no denying that hype sells. There’s nothing like a classic case of demand exceeding supply to keep people interested in a product, and the alcohol industry is a prime example of this. But in the case of Cantillon, the hype is there for a reason - the beers are extremely good. The unique yeast cultures that live on the walls of Cantillon’s brewery, which result in their unique flavour profile, are akin to an organic form of copyright enforcement - you simply couldn’t replicate their beers without having access to the brewery’s microecosystem. In addition to this, Cantillon’s fruit Lambics are some of the most skillfully crafted examples that you can find. They range from the more traditional fruit Lambic styles made with fruits such as cherries, raspberries and apricots, to more creative pairings such as those sometimes found in their coveted Zwanze release, which provides the brewery with an outlet to experiment with more obscure additions such as oolong tea, beetroot and oranges.

So, Cantillon is Pretty Great - But What Do You Do if I Can’t Find Any?

So, we've established that Cantillon's esteemed reputation is not without reason. But there are other Lambic producers that, in our humble opinion, come pretty close! As a matter of fact, there are even producers out there who use wort that was brewed by Cantillon. Gueuzerie Tilquin is one such producer that comes to mind - they are a blender, meaning they buy base wort, then ferment, blend, and age the beers themselves. Their wort is purchased from a selection of breweries, including - yes, Cantillon! So, if you find yourselves out of luck with your search for an elusive bottle of Cantillon, rest assured that Tilquin is MUCH easier to find, and you’ll still be in very good hands.

Click here to browse Cantillon and other similar products, such as Gueuzerie Tilquin, on our online store!