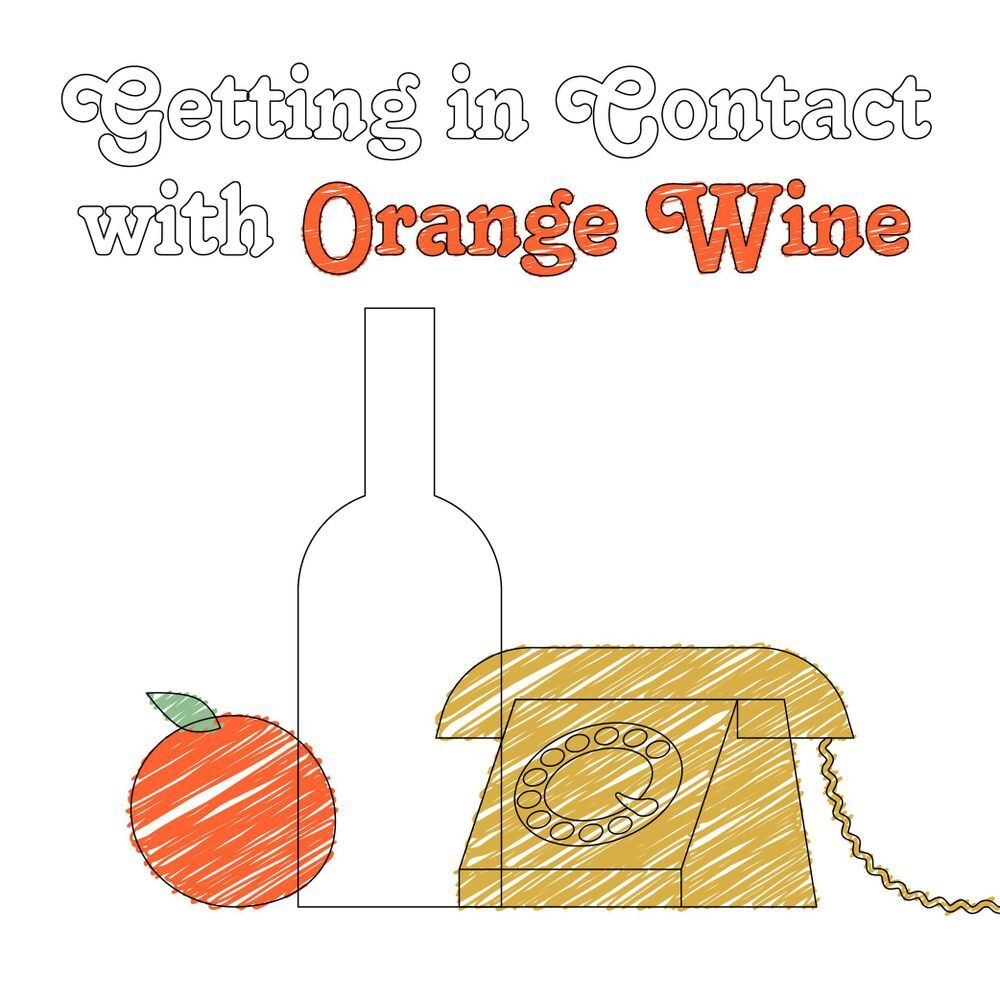 What exactly is Orange wine, and where's a good place to start if you want to get familiar with the style?

by The Blackhearts Crew

It’s one of the biggest buzz words in the wine industry these days. Orange wines have exploded in popularity in the last couple of decades, making their way onto wine lists and bottle shop shelves all over the world. Given all the hype surrounding them, you’d be forgiven for thinking that it was a recent winemaking innovation, however the process behind making Orange wine dates back thousands of years!

But what exactly is Orange wine? And where’s a good place to start if you want to get familiar with the style? Also, while we’re at it - why the hell is it even called Orange wine when it’s made from grapes?!

In this article, we’ll take you on a little journey through the history of Orange wine and give you a little rundown on how it differs from other wine styles. By the end, you’ll hopefully feel a bit more equipped to choose one for yourself, and even have expanded your knowledge of this fascinating wine style!

So, what exactly is Orange wine?

The term ‘Orange Wine’ is a colloquial term used mainly in English-speaking countries for a style of wine also known as ‘Skin Contact’ white wine. Modern iterations of this ancient winemaking method can differ somewhat to more traditional examples, but the ethos behind them is still the same.

Orange wine is essentially a wine made from white wine grapes which is made using a method similar to red wine. Once the grapes are harvested, they can be left as whole bunches, berries, or even crushed and then transferred to a vessel to ferment – skins, seeds, and all. The wine then gradually ferments with the skins steeping in the juice in a process called maceration, before being eventually pressed and the skins separated from the juice. This step of maceration can last for hours, days, months and - in some cases - even years!

It may sound like a lazy way to make wine, but there are many reasons why this method is so popular, especially amongst producers of minimal intervention wines. Grape skins contain a plethora of naturally derived preservatives which help protect the wine from spoiling. It’s a bit like when you take a bite into an apple and leave it be for a little while – notice how the inside begins to oxidise and turns brown? Fruit skins not only act as a physical barrier, but they also contain a high concentration of organic chemicals such as phenolic compounds, some of which have antioxidant and antimicrobial properties that help to preserve the fruit. Provided that the wine is still handled with care and oxygen exposure is kept to a minimum, this means that fermenting with skins allows for less reliance on common winemaking additives, such as sulphur dioxide, to safeguard against spoilage. Thus, winemakers can often get away with using little to no sulphur in the production of skin-contact wines.

Fermenting on skins also has the potential to introduce larger populations of the indigenous yeasts that live in the vineyards, and on the grapes themselves. This plays a huge role in successful fermentation for winemakers who only use naturally present yeasts (often referred to as ‘spontaneous fermentation’), with different yeasts imparting unique flavours into the finished wine.

In addition to this, fermenting on skins allows the tannins and colour pigments to infuse into the wine, similar to steeping a tea bag in water. This is (yep, you guessed it!) why they are often referred to as Orange wines, as these pigments impart a colour to the resultant wine. They aren’t always an ‘orange’ colour though, and the strength of the colour can vary depending on the length of the maceration and the grape varieties used, though they commonly range from a pale yellow/gold colour to the eponymous copper/amber hue. The skins and seeds also play a vital role in giving the wines a savoury and textural quality, bringing more prominent tannins as well as flavours like citrus peel, sandalwood, dried spices, and sometimes a little nuttiness into the fold. 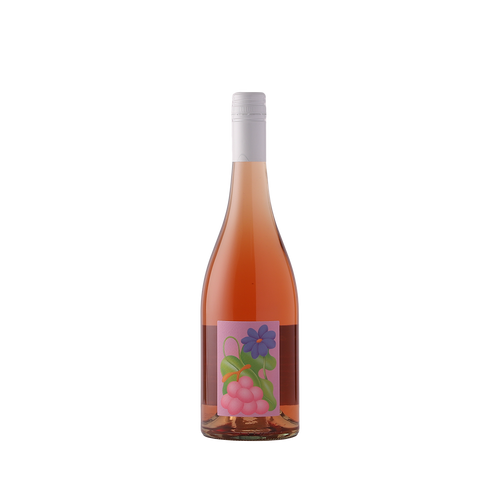 Now in its seventh (maybe even eighth?!) year, our collab with Yarra Valley's Punt Road just keeps getting better 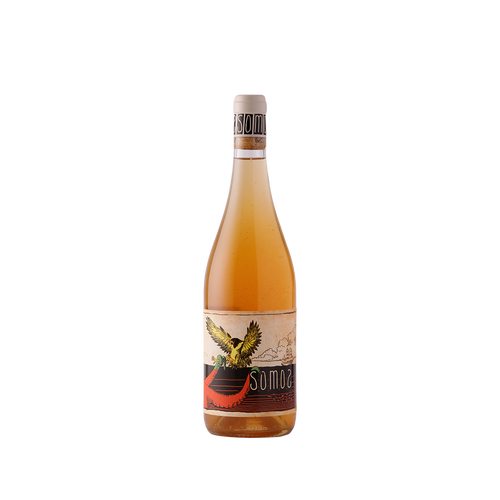 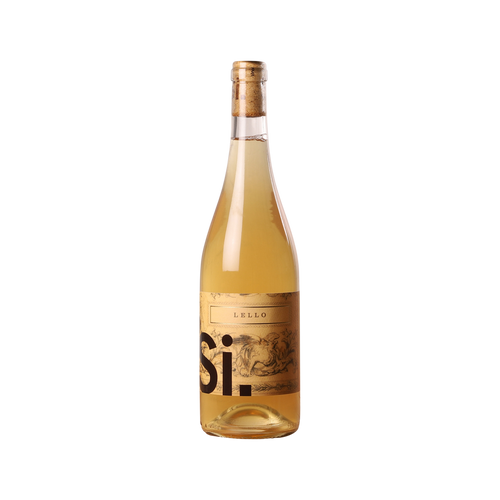 This ain't your garden variety Savvy B, but that's not to say that it won't draw a crowd!

Gather round folks, it’s time for a short history lesson! Pour yourself a glass of something skinsy and let’s get started.

Orange wine as a winemaking method is intertwined with the history of viticulture itself. The domestication and cultivation of the grapevine dates as far back as the 7th Millennium BC in an area between Iran and the Black Sea. Its prevalence spread west towards Europe and found a particular stronghold in Caucasus (modern day Georgia). The ancient Georgians discovered that leaving whole clusters of grapes inside a sealed terracotta container (known as Qvevri) and burying it underground through the winter resulted in a liquid that was pretty tasty – not to mention it made people believe that they were excellent dancers. That part hasn’t changed, sadly.

Winemaking and viticulture spread throughout the Middle East and Europe, aided significantly by trade routes established by both the Greek and Roman empires. This method of fermenting wine in Qvevri remained in favour in Georgia, however elsewhere other fermentation vessels became more popular – namely the oak barrel. Nevertheless, this discovery by the Georgians was an important milestone in the evolution of winemaking.

Across Europe, white grape varieties began to be made into wines without their skins, especially with the discovery of sulphur dioxide by the Romans. Sulphur possesses many of the same preservative properties that are naturally found in grapes and grape skins, which allowed winemakers to produce more delicate, subtle wines that were unshrouded by the rustic flavours imparted by fermenting on skins.

After that rich history, Skin-contact wines largely fell into obscurity within large parts of the wine industry until about roughly 20 years ago. In the northeast corner of Italy in Friuli-Venezia Giulia, producers began growing in popularity for their wines that were fermented on skins in terracotta vessels called amphorae, a technique inspired by ancient Georgian Qvevri wines. Fast-forward to now, and there is a bounty of producers throughout Europe and the rest of the world making Skin-Contact wines. Here on home turf, South Australian producers out of the Adelaide Hills are spearheading the movement, which has permeated into nearly all wine regions across the country.

All this talk about history and winemaking making you thirsty? Us too. Here in Australia, we are lucky to have a thriving and diverse domestic wine industry, and as a result are seeing many producers popping up who are producing Skin-Contact wines with great success. We’ve put together a list of producers, both from Australia and further afield, which we love and that regularly feature on the shelves in both our stores and online.